10 Must Know Facts about Solar Energy

Environmentalists and scientists show more and more concern about the condition of our planet and what we can do to make it better. It is therefore important to learn about clean and renewable energy resources that are healthy for our future. Our star- The Sun, is a huge source of heat and light energy that it produces in incredible amounts each second. Both heat and light from the Sun are forms of energy and because their source is Sun, we call it Solar Energy.

When you think about solar energy, you might visualize solar panels and complicated technologies that are beyond your level of understanding. However, this piece discusses interesting and engaging facts about the Sun and its energy that are catchy for a non-scientific person as well.

1. Every split of second 170 Thousand Billion Watts of solar energy hits the Earth

The amount of energy that the Sun creates is more than enough for the entire humankind to survive for trillions of years. Only if we learn to utilize this energy and store it, we can overcome the energy shortage in the entire planet. To give you a better explanation, let us look at it this way. The energy from the Sun heats up the land and water both to power the water cycles. At any given time this energy is equal to 170 thousand billion watts. This is immense amount of energy sufficient enough to cover the needs of the entire planet for an year.

You might wonder what 170 thousand billion watts of energy is equal to anyway. Your average smartphone uses about two thousand watts of energy in one year. You can have an idea of how much energy Sun is providing to the planet in one second then

2. Eating fruits and vegetables gives us calories from the Sun 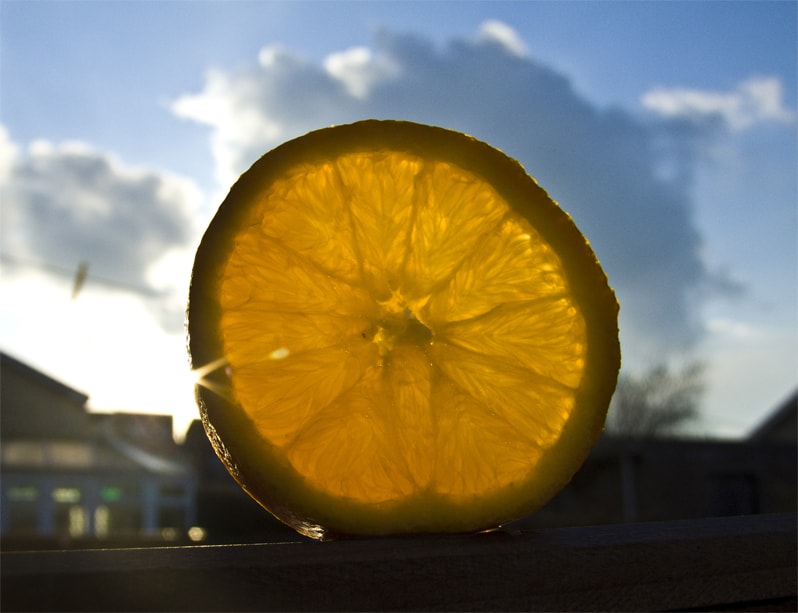 We all have read about the process of photosynthesis in our early grades. Most of us have even done the experiments of placing a plant in dark and seeing if it is still able to produce its food without Sunlight. Plants are primary absorbers of solar energy way before we humans realized. They take the energy from the Sun to convert air, water and other nutrients for its growth. This food goes to different parts of the plant including the flower and the seeds.

3. The major source of Vitamin D in our bodies is Solar energy 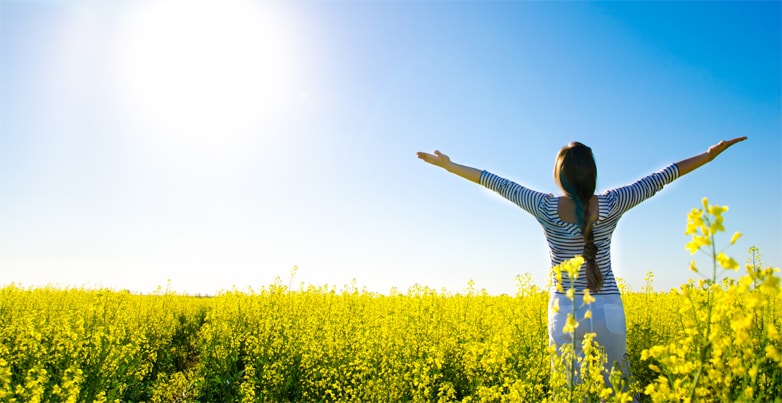 You may have heard your doctor recommend you or your kids to sit in the Sun or take a Sunbath. You may feel a certain sense of charging up when you sit in the Sun for long. It is one of the solar energy facts that is the reason behind the encouraged exposure to Sun.

Our bodies perform chemical reactions much like plants to run efficiently and meet the energy needs. Not all of the energy that we consume comes from the Sun, however, we do need certain amount of solar power to fuel our bodies. The Sunrays are utilized in our body to create vitamin D.

A cholesterol oil in our skin converts to pre-vitamin when we sit in the Sun and the ultraviolet energy from the Sun hits it. This pre-vitamin is a form of vitamin D and the body then carries it to the liver to be created in to the actual vitamin D. 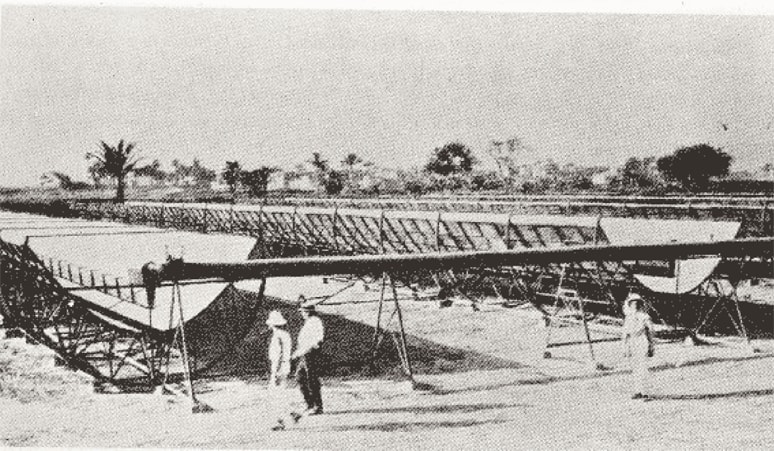 You may have heard of the first steam engine built in 1897. You might wonder how and why is that relevant to the solar panels and solar facts. Well, here is how Water is majorly used to harness the energy from the Sun. In the natural water cycle, the Sun acts as a primary source of power. It heats the water and the land and causes evaporation that will lead to rain and clouds. Now apply the same logic to a manmade process. The main participants will stay the same i.e. water and the Sun energy. If you heat water through solar energy, there will come a point when water will reach the boiling temperature and start to evaporate. This new form of water is gas where water vapors start rising up.  Frank Shuman, used this change in state to power a small engine at first.

The idea of harnessing solar energy through water gave Shuman confidence to build a solar power station in 1912. This power station had the capacity to produce 45-50Kilowatts of energy, which was the first solar powered commercial plant on a large scale. Even though this seems small according to the standard’s today but at that time it was a significant milestone for centuries to come.

This method is named as solar thermal power where some material is heated up to a point where it changes it state. The change in the state is used to power a machine. This is one of the most significant discoveries in the solar world and scientists even today look to Shuman as an inspiration.

5. Drinking cool drinks to keep off the heat is passive solar technology 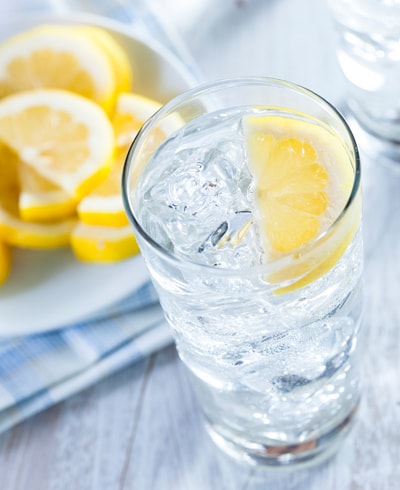 The other methods is passive solar energy. They tend to reduce the use of energy from different sources. A good example would be to cover the roof of your house with such coating that reflects the Sunrays and helps to cool your house in summer. This means that the amount of required energy is decreased. This may be as simple as drinking a cool lemonade on a hot day to reduce the energy you need to survive in the hot weather. This however, is not scientifically proven yet.

6. Solar Panels use excitons and photons as electron hole pairs 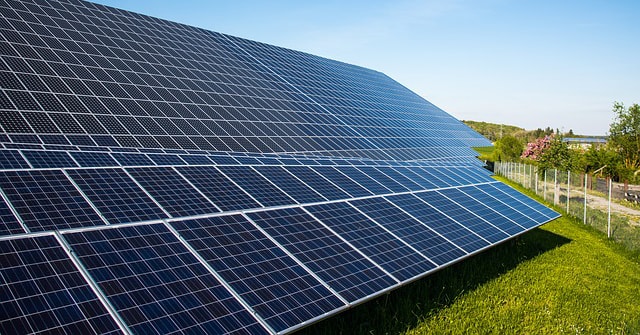 You might wonder when you look at these large panels that how do they work. What is the principle behind them converting solar energy into usable energy to power our houses and commercial buildings. These panels actually contain cells known as photovoltaic cells. They benefit from the material properties of photovoltaic effect

The material used in solar panels will create an electron hole pair also known as exciton when excited with photons. This is the stream of electrons that creates the electricity by solar cell. In the beginning these cells were not efficient in converting Sun energy into electricity and most of it was lost. The efficiency of the cell depends upon the amount and arrangement of photovoltaic material used in the cell. A good comparison would be that early cells were 1-2% efficient while those produced recently are 40% efficient.

7. You can purify water through solar energy

This is an interesting one because most of us struggle with the access of clean drinking water. If you understand this phenomenon, you can easily do it for yourself and get as much clean drinking water as you like by converting unpurified water into clean water through the ultraviolet rays. It is not a new technology rather this property of the Sun was known to ancient Greeks and Persian alchemists in 14th century.

The process of cleaning salt water with Sun is called solar desalination. The process of cleaning contaminated water through Sun is called solar distillation. You can build a solar still to clean the salt water through solar power. This works on the same principle as the natural water cycle. You can create a mini version of the water cycle by covering salt water with a box or digging a pit into moist soil

When water or soil is heated through Sun, water vapors are released. You can collect these water vapors on a clean sheet or a glass at the top of the box. The condensed water is collected from the sheet or glass and is safe for drinking. This process can remove most of the impure agents from water but some toxic chemicals may remain

8. You get Tax credits by the state to install domestic solar panels

This is yet another amazing fact that most of people are not aware of yet. I am not sure about the government of Pakistan and their policy on solar panels but most state governments and countries offer tax credits to people who install solar panels to cool or heat their homes or use solar energy to power their houses. This is an excellent way to encourage people on using renewable energy and generating their own electricity rather than consuming.

A good example of using solar power to cool or heat stuff for your domestic purposes is the concept of solar heaters. We are all awaiting winters when there would be enough cool for all of us but then again, we would have shortage of sui gas in most of the areas and we will look towards electric powered devices to heat water for bathing and other purposes. You can replace this with a solar heater that has a pipe on the top of your roof in a box. It can be any other place where the box can get enough Sun exposure. This copper pipe can heat water to a certain temperature for bathing and washing purposes in winters.

We already know the process of photosynthesis where plants use solar energy to produce their food. It is good for the planet and our environment because it is renewable energy.

Renewable energy means that when you use solar power for residential and commercial purposes, you are using lesser power as compared to that from an electric grid. Electric grids generate power using coal or by burning fossil fuels. Burning of fossil fuels is harmful for the Earth because it contributes to global warming. We are killing our own environment by using coal and gas and burning fossil fuels that release harmful gases, which are affecting the ozone layer. Windmills and solar panels are a good way to create renewable energy that is safe and healthy and does not even cost high

Even though it will take a lot of effort and infrastructure to shift the major energy consumption to renewable sources but governments are playing their part in it. Large industrial plants are creating their own solar fields to generate their own electricity to power their operations. This is also economical because the cost of producing solar panels is decreasing while fuel prices are increasing at a rapid rate

10.  It is the Gravitational pull of the Sun that powers the Solar System 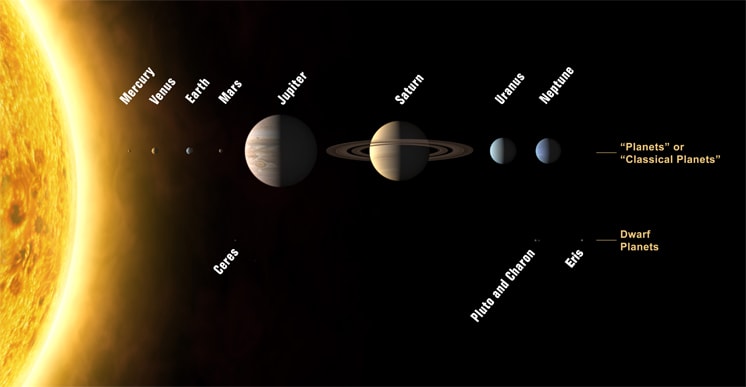 You may as well have read it in your science course but it is a good reminder that Sun emits gravity, which is the reason for all planets and other objects to move in their particular orbits in the solar system

We may not clearly understand the fact that when Sun emits light and solar energy towards the surface of the Earth, it is also pulling the Earth towards it with the gravitational field. This helps us understand that solar energy is not only playing a vital role in the water cycle but is also the sole reason the life exists on Earth today. It was the Sun that created and maintained those conditions in which solar system was originally created. Solar energy is not only limited to solar panels or solar cells rather it is a complete subject in itself

The great thinker Mr. Albert Einstein earned a Nobel Prize for the description he gave of the photovoltaic effect. When the energy from the Sun hits the Earth, it not only excites the molecules in the solar cells but also gives life to our entire planet. Plants rely on this energy for their food production and we rely on plants for our food supply

These are some must know facts about solar energy and they would add to your knowledge as well as help you realize the significance of this renewable energy for a bright and safe future. Instead of working against the solar power, we all should work with it and try to create efficient strategies and products that can consume and save most of the 90 thousand billion watts of energy reaching the surface of Earth in form of Sunlight.