As the world looks towards a promising alternative energy source to meet the current and future power consumption needs, more of solar products and panels are seen either used around the house or mounted on the rooftops. Have you ever wondered how does a solar panel work after all? Doesn’t it intrigue you to find out how sunlight can power our houses and vehicles?

This article is all about how does a solar panel work explained in simple and easy terminology so that you can actually understand the process.

How does a solar panel work? 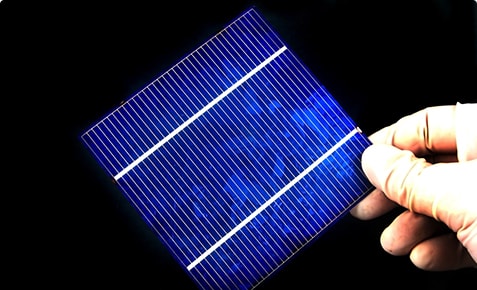 To your surprise, there are no moving parts or gadgets inside a solar panel. All it has is many smaller units known as the photovoltaic cells joined together to make up a large panel. They allow the particles of light (photons) to separate electrons from the atom. This leaves the atom as positively charged.

The role of silicon in how does a solar panel work

Each photovoltaic cell contains of two slices of silicon, which is a semi-conductor also used in microelectronics. The photovoltaic cells need an electric field in order to work and that is created using silicon plates along with other materials carrying a negative or positive charge. An electric field works on the same principle as a magnetic field but you need opposite charges instead of opposite poles.

The top layer of silicon is fused with phosphorous to have extra electrons or in simple words a negative charge while the bottom layer is doped with boron to have an extra positive charge.

The use of metal plates

Apart from fusing with silicon, metal is also used on the sides of the cell as conductive plates that collect the electrons and send them to the wires. This will enable the electrons to flow like other sources of electricity.

Surprisingly, this is not the only way to convert sunlight into usable power rather there are other ways of solar power technology like thermal and CSP. However, the focus of our article is to discuss how does a solar panel work.

Solar insolation and efficiency of a solar panel

Solar insolation means how much solar radiation a solar panel receives. The higher the insolation, the more energy is converted by the solar panel into electricity.

The efficiency of these solar panels may also be affected by

Now that you know how does a solar panel work and what factors might impact its efficiency, you should be able to understand that your panel should receive the maximum sun exposure away from any shades in order to perform best.